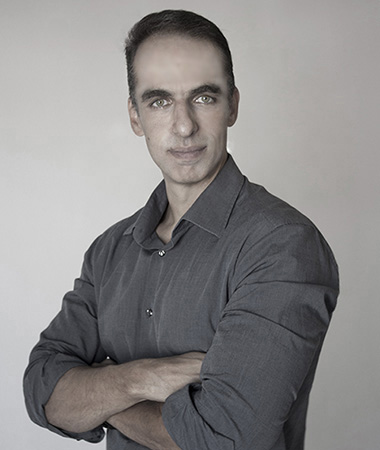 His research interests are in the areas of optimization; machine learning; signal processing and smartphone-based applications in medicine; decision and control; and dynamics of socio-economic systems. He is also involved in the mentoring and advising of innovators in these and related areas.

received his Ph.D. in Engineering Sciences ('99) and M.S. in Applied Mathematics ('97) from the Division of Engineering and Applied Sciences at Harvard University. Prior to that, he was a student at Rensselaer Polytechnic Institute (M.S. EE '94) and at U.C. Berkeley (B.Sci. EECS '92). He joined the University of Maryland, College Park, in 1999 as a post-doctoral fellow with the Institute for Systems Research. During 2000-2005 he was a faculty member in the department of Mechanical Engineering and held a joint appointment with the Institute for Systems Research from 2002-2005. Since 2005 he is a faculty member in the Department of Applied Informatics at the University of Macedonia, in Thessaloniki, Greece.

Some of his research has dealt with problems of stability and optimal control in networked control systems, machine learning-based optimization and prediction, bio-inspired cooperative optimal control, and provably secure cryptographic protocols. His current interests are in the areas of optimization, machine learning, decision and control, and dynamics of socio-economic systems. He is also involved in the mentoring and advising of innovators and startup companies in related areas.

Tax Optimization via Deep Learning
We are exploring stochastic and Markov-based models of the process via which economic agents (e.g. small businesses or corporations) make tax-related decisions, including whether or not to keep from disclosing income, where conditions allow. Using techniques from optimal control and machine learning, we are developing computational tools for evaluating tax policies and for examining the effects of proposed changes in the tax code, before they are adopted in vivo.
Detection/Evaluation of Parkinson's Disease
The goal of this work is to produce smartphone- and tablet-based tools and metrics for measuring the presence or progress of Parkinson's disease based on standardized hand postures and drawing patterns. Using a phone's acceleration and gyroscope sensors we are able to classify patients with good accuracy, and to assist physicians in remotely assessing a patient's condition.
Machine learning based stock prediction and trading
We explore the use of novel deep LSTM network architectures for predicting asset prices, in conjunction with trading strategies that generate profits based on the networks' predictions. Our work is motivated by the fact that the effectiveness of any prediction model is inherently coupled to the trading strategy it is used with (and vise versa) which makes the design of models and strategies which are jointly optimal especially challenging. Currently our best-performing architecture is able to far outperform the benchmark buy-and-hold portfolio as well as recent efforts when trading on major US stock indices.
Economy and the Environment
As concerns over global warming, pollution and resource usage keep mounting, the economy's environmental footprint is becoming an increasingly important consideration. The goal of this work is to examine a series of optimization problems which connect economic production, pollution, energy, and economic growth, and to develop computational decision-making tools which are informed by empirical data.
Cooperative Optimization in Dynamic Environments
Using the process via which ants optimize their trails when traversing previously unknown terrain, we are exploring a progression of trajectory optimization problems in settings where the environment is time-varying and contains moving obstacles or other dynamic "no-go" regions.

Students who are in the process of selecting a thesis topic and would like to discuss a possible collaboration should first take a look in the Research (and perhaps Publications) section of my web page to get a sense of the areas I am involved in, and then contact me to discuss their background, preferences and possible topics.

Students pursuing their Bachelor Thesis (Πτυχιακή) should idealy be at the end of their 6th semester and have completed most of their coursework from past semesters. Those interested in selecting a MS Thesis topic should ideally make contact after they have completed their first semester in the Department's MSci program. Ph.D. candidates should have a mathematically rigorous background, with a BS/MS in CS, Engineering, or related field, and strong analytical ability.